The Chinese economy has had an incredibly difficult year. Between the dramatic sell-off in the Shanghai stock exchange and their weakening GDP numbers, it has just been a constant flow of bad news from China. There has also been some negative statistics that are fueling concerns that China’s legendary success of pushing over 300 million people out of poverty over the last 30 years is coming to an end. 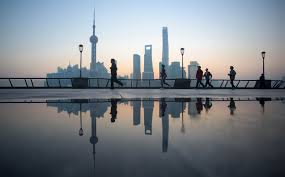 Besides economic troubles, China has also been facing pollution and other environmental challenges. A World Bank Study actually states that only 1 percent of China’s 560 million city dwellers breathe safe air. There is also a looming property bubble and the fact that their country de-prioritizes democratic principles, but let’s keep the focus of this to economics.

By some estimates, China’s GDP growth rates are hovering below the minimum 7 percent per annum that is required to double per capital incomes in one generation. However, there are factors that suggest a rebound is about to occur. Public policymakers are planning to further cut interest rates, encourage bank lending by reducing the reserve requirement and increase public investment.

China is managing the three main drivers of growth – capital, labor and productivity in a way that supports long-term prospects. The relaxing of the one child policy back in October was quite a surprise. It was originally introduced in 1979 to slow the population growth rate – it is estimated to have prevented around 400 million births. Now, 90 million couples are eligible to have two children.

The country also has plans to increase the number of cities with a population of 1 million from around 10 today to 221, as well as the cities with 10 million people from 5 to 8 by 2025. A more urban population is the key piece of their strategy to move from an investment led, export based economy toward a consumption based urbanized growth. This will help the Chinese avoid a middle-income trap.

A lot is at stake. Over the past few decades, China has become a major and main trading partner and source of foreign direct investment for developed and developing countries. They are the largest foreign lender to the U.S. government and the biggest source of foreign direct investment to Australia, as well as the largest trading partner and source of infrastructure for emerging countries such as Brazil and South Africa.

Needless to say, China has an enormous vested interest in avoiding an economic slump.