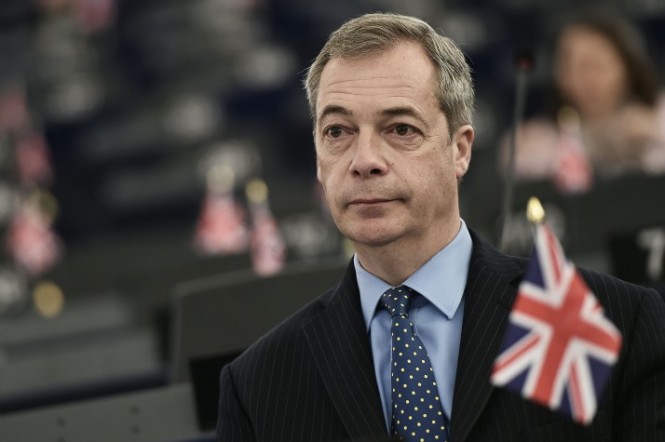 Britons will soon be heading to polls to make a crucial decision for the future of their country – as well as the future of the European Union. The economy argument has been among the loudest ones heard and is a legitimate one to make, but polls show that it is in fact immigration, rather than economy that is the bigger concern for referendum goers. This has certainly been facilitated by the refugee crisis-stricken Europe opening borders and then trying to deal with the consequences with what seems little foresight.

In a speech in European Parliament late last year, Nigel Farage, the leader of UKIP and supporter of Brexit, made an analogy of Germany accepting refugees as opening a champagne cork and later trying to put it back in. He believes that the Turkey-EU deal is an exploitation of the union’s weaknesses and that Turkey is conducting blackmail to gain visa-free travel rights without any guarantee that they would help the refugee flow.

Months later, the agreement was put in place and the number of migrants has decreased sharply. This proves that to prompt legal migration, a deal had to be made. However, the terms were controversial. Turkey has been aiming at visa-free travel and EU accession talks for a long time and mixing it up with humanitarian problem solving – only making blackmail for both sides more likely, making the deal less fair.

It’s unlikely that Turkey will get the visa liberalisation deal, as Turkish president is against softening anti-terrorism laws that EU finds undemocratic. The new Turkish government will not seek many compromises, since EU hasn’t delivered on their promises either — Turkey hasn’t received the 3 billion funds for refugee relocation. Blind to this reality, Britain’s Vote Leave campaign has recently taken on the menacing narrative that Turkey is set to join EU very soon.

“To me, without any other debate, if it was one single reason why Britain should in this referendum vote to leave the European Union, it is the folly of political integration with Turkey. It is not only stupid, it is damn dangerous.” -Nigel Farage

UK citizens are extremely fearful about a massive influx of Turkish immigrants into EU and they shouldn’t be concerned because it probably won’t happen. The Vote Leave campaign claims that Turkey is set to join EU in a few years and open doors to 76 million Turks who will pose a great threat to the security and economy of UK (in an assumption that these are mainly poor people or criminals wanting to migrate). When in fact, a poll conducted by the campaign itself shows that only 16% would consider relocating to the UK. In a study carried out by the British government, little evidence was found of a statistically significant impact on EU migration on native employment.

Even if the refugee deal holds, the migration argument cannot be played because the UK is not part of Schengen zone, which will be affected by visa-free travel. Besides, it will give no residence rights. Turkey’s accession to EU is so highly unlikely that it shouldn’t even be part of the Brexit conversation. The basic admission criteria or the Copenhagen criteria, states that candidate countries have to be market economies, able to fulfil membership obligations and stable democracies.

“It is not remotely on the cards that Turkey is going to join the EU any time soon. They applied in 1987. At the current rate of progress, they will probably get round to joining in about the year 3000.” -David Cameron

Even if Turkey’s EU vote was on the agenda, the decision on the accession of a new member state has to be unanimous. The UK, as an EU member can veto it. Plus, they might not even be the only country veto-ing it. Greece has already done it before because of the disputes over Northern Cyprus and the control of Aegean Sea. Additionally – France and Germany hasn’t shown much support either.

Turkey shouldn’t be looked down upon, as it is the second largest member of NATO and plays an important geopolitical role mainly because of its size and location. Though, ts population size would give it too much political leverage that would significantly turn the power tides in European politics. It seems like Turkey would only put a strain on the relations between communities and endanger future cooperation between countries.