A US district court ordered Apple to break security protections on an iPhone used by the San Bernardino shooter, drawing the company into a legal fight with FBI and the US government. There has been a huge discussion based on the conflict between confidentiality and terrorism that is sweeping the globe. 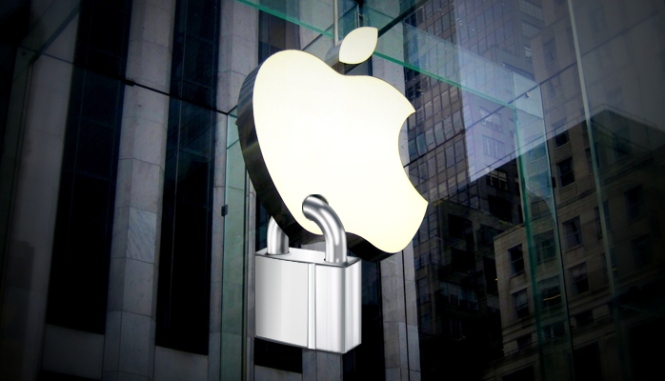 Donald Trump says that Apple should comply with the California judge’s order to help the FBI hack the phone. Being in strong agreement with the government, Trump questioned Apple: “Who do they think they are? We have to open it up!”

Tim Cook, Apple’s CEO, replied that they won’t provide a “backdoor” for the FBI, saying, “It’s just something we simply don’t have.” Strongly against the order, Apple refuses to build something that could threaten their customers. Apple released an open letter written by Cook, stating “Opposing this order is not something we take lightly. We feel we must speak up in the face of what we see as an overreach by the U.S. government.”

Advisor Abbate is siding with Cook, against hacking the iPhone. “If this software was available to the government, then they may be able to access anyone’s phone they want to check without reasons and permission. And once the software gets leaked, you don’t want to imagine what you’ll be facing. There are millions of iPhone users who also need to be protected. If leaving the shooter’s phone locked brings potential crisis to homeland security, will hacking into people’s cell phones really provide safety to us? We have to draw a line to better balance the consequences.”

“We have been experiencing it time and time again, losing freedom by having privileges taken away from us. It’s very critical to make this decision, pro the order,” said Advisor Abbate. “Throughout my years spent managing businesses, I was disappointed by the government and the American traditional system. For example, with the attitudes of the prosecutors, they are so ‘eager’ to prosecute someone in order to advance their career, which is their primary concern. The government should be truly and primarily concerned about the public, they should be protecting and servicing the people.”

China is keeping its eye on the discussion. Analysts have said that in the regulation of information encryption, China would refer to the practice of the U.S. government, having similar requests to technology companies. China has passed new controversial anti-terrorism laws at the end of last year, saying that technology companies are needed to combat growing threats. It also states that if the government requests for technology assistance, the referring company should do it in order to help the police department.

What if this event happened in China? Would Apple make the same decision? Anyone adapting to doing business in China, should know the local “policy.” ApplePay is going live this week and they don’t want to lose such a tremendous market. Compared to Uber’s failure by losing over $1 billion a year in China, Didi Kuaidi, backed by the Chinese technology giants Tencent Holdings Ltd and Alibaba Group Holding Ltd, have each spent enormous amounts to subsidize rides to gain market share. “It’s getting better and healthier for the Chinese market, and it’s great they’re going towards the right direction”, said Advisor Abbate, “But AliPay will continue to lead the market.”

Apple’s battle with FBI is literally the Pandora’s box, “Once you open it, even a bit, there’s no way back.” Do you want to open it? Which side you would take?