The NASDAQ index is up to 5,000 points right now, the culmination of a fantastic seven-year run – during which it has tripled in value. The only other time that it reached this level was before the dot.com crash in 2000. 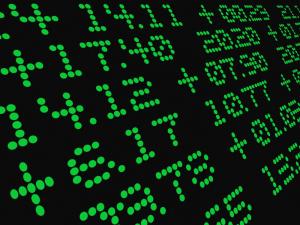 What has fueled it? Venture Capital funding. In the past four years, global VC funding has gone from just under $50 billion to $100 billion. It is not just the amount that is increasing, but the sizes of the deals are getting larger as well.

The number of unicorns, private firms with valuations greater than $1 billion has exploded during this time frame as well. There were only 4 unicorns in 2009 and by this year, there were 124 with a total valuation of $468 billion.

The only problem is that most of the unicorns are losing money. A taxi-hailing app, Didi Kuaidi that dominates the Chinese market raised $3 billion in VC funding this year. Cheng Wei, the company’s CEO proudly stated that the company has no profit plan within three to five years. He calls his own company, “the internet start-up that has burnt the most money.”

CNN Money has stated that the e-commerce site Fab.com, an ex-unicorn has mass layoffs before it was acquired earlier this year. The same happened with Evernote, who even closed three of its global offices. Even Mark Cuban has said, “There is no liquidity for these investments.”

By the end of 2016, a correction will occur. Tech stocks will tank and the broader market will suffer. Venture capital funding will disappear and hundreds of thousands of people will lose their jobs. No, it will not be good – but there will be some good outcomes.

First, it will level the playing field. No more VC funding and high valuations for unsustainable businesses who are rewarded for unproven strategies and questionable decision-making. In the mean time, rational markets are being distorted and traditional companies make poor business decisions to compete. We need to reduce this inequity.

Valuations will fall back into line. It doesn’t matter what the valuation is if there is no way to turn a profit. I’m pointing to companies like Snapchat that are valued at $12 billion with 100 million users and barely make any revenue.

The number of tech startups will trickle. Legacy companies with fundamentals and sensible strategies will have an opportunity to attract younger generations of tech savvy managers and executives.

Smart companies are building a foundation of digital business agility so that they can quickly adapt to this upcoming market turbulence. Prepare by digitizing processes, building digital platforms, up skilling workforces and incorporating digital transformation into your strategy.